How to Become a Triple Threat: Lessons Learned from FMI

In my previous blog I introduced the Golden Eye for the Adonis Guy  series, which will feature several topics not limited to but including my experiences, observations and “lessons learned” from fitness/fashion shows and my association with the modeling industry.  In this installment I’d like to talk about my very first trip to the “Left” coast, better known as “California.”

Although I  grew up in the Southeastern part of the United States,  from an early age I found myself fascinated with the lifestyle and culture of the Southern California area.  As I watched TV/movies or read in books & magazines, I observed that there was an emphasis placed on health, beauty, &  fitness which revolved around a “laid-back” yet fun and entertaining lifestyle on the beach.  I never forgot these childhood memories’ and would often daydream about what I would do if I was to visit or live there.  I believe these values are directly related to the Adonis Lifestyle;  living your life to the fullest while being confident that you look and feel your very best.

In essence, you are “Living the Dream” because many people wish or desire to get in shape, but very few accomplish this mental & physical transformation.  With the support of the Adonis Lifestyle community, after undergoing a transformation of my own, I’ve been empowered to view my physique as a business.  My first trip to California was of a two-fold significance. It was one-part “childhood dream come true” and one-part “business investment.”  Although the flight from Atlanta International  to John Wayne Airport was a  little under 5-hours, my actual journey began over a year ago when I first learned of a fitness and sports network known as FMI.

Fitness and Sports Network’s FMI™ is the FIRST EVER entrepreneurial and entertainment career development production for fitness and sports professionals.

The date is  May 21, 2011 and I am at my first National competition in the Men’s Physique Division.  This was a special event not only because it was my first time qualifying but it was also the first time a “Pro Card” would be awarded to the top Fitness models.  Needless to say, the stakes were high and the competition was fierce.  I had the opportunity to meet and chat with several successful fitness models and learn from their perspective and their own personal journey in the fitness industry.  I was eager to learn as I was just getting started myself.  I wanted to know what it really takes to make it or what other opportunities maybe available that I hadn’t considered.

One particular fitness model was gracious enough to inform me of company know as FMI orFitness Model International .  He told me when he first heard of the company he attended one of their conference’s and although it wasn’t the most convenient to attend it was the greatest decision he had made in his fitness modeling career.  Later that night, he would go on to make history by becoming the first Pro in the Men’s Physique Division.  Our brief chat and observing what he went onto accomplish after the show left a lasting impression that this “FMI” thing was something worth checking out.

I’m sure by now you’re wondering what FMI is all about?

Now after returning from my first FMI conference,  my only regret is not going sooner.  One of my new year’s resolution was to “work smarter and not harder” in my fitness model career; this conference was in direct alignment with that resolution.

The conference was like attending a “Fitness Entrepreneur Boot Camp.”  Whether you were a personal trainer, blogger, or model it didn’t  matter where you hailed from in the  ”wide world of  fitness” there were challenging lessons and informative lectures inspiring you to perfect your skill or craft.  I personally signed up for the “Photography and Academic” course which afforded me the opportunity to shoot with some of the top Photographers on the West Coast and become educated on how to further market and develop my brand to a mass audience.

What I found particularly interesting about the academic course is that majority of the speakers were Alumni of previous conferences’ who had returned to share their wisdom and knowledge.   The conference also gave us unique access via the “Q & A session” with a Talent Panel  ranging from celebrities’ from the popular “Baywatch”  TV series to Director’s of  National Modeling Agencies.  This was very encouraging  as I was able to relate to some of their obstacles they were able to overcome to be successful. 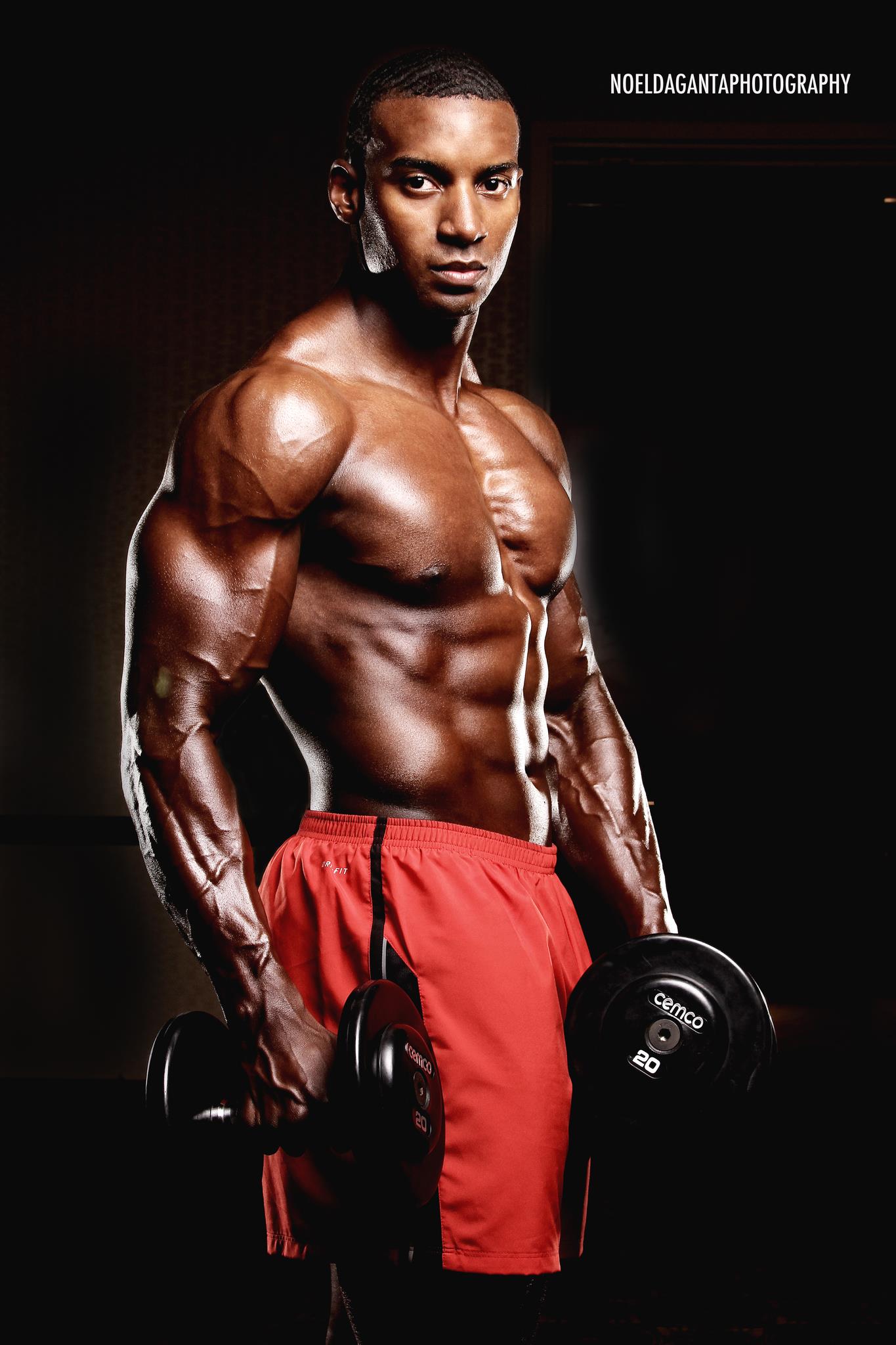 How to Become the Triple Threat: Modeling Alone Is Not Enough

While there were several topics covered at FMI, the over-arching theme I took away from the conference was in order to take full advantage of what the fitness industry has to offer you must become the triple threat.  In other words, you need to diversify your strengths.  I mentioned earlier at the beginning of this post that I was looking for opportunities in fitness that I hadn’t considered.  Attending the FMI conference served as an introduction to several facets of the fitness industry that I’ve yet to pursue.

I learned that a Fitness Model in the Digital age has so much more to offer than modeling alone.  In this paradigm of thought we are beginning to see a new breed of model known as  the “Fitness Entrepreneur“.

A Fitness Entrepreneur is able to successfully model, write, and speak well on camera. This “Triple Threat” model is not only valuable to themselves as their able to take personal responsibility for their “Physique Business”  by developing their own “World Class Brand”  they are also highly sought after by  major companies’ in the form of endorsement contracts,  for their ability to market/influence a mass audience.

Never has their been a time where the “Fitness Modeling Field” has been so equal in regards to opportunity.  While no one can guarantee that someone will succeed in their goals, one key element that all success individuals possess is the ability to F.O.C.U.S 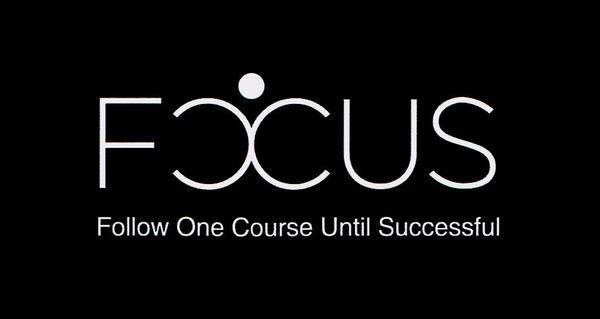 “Concentrate all your thoughts upon the work at hand.
The sun’s rays do not burn until brought to a focus.” -Alexander Graham Bell
Logo Design TradeMark Credit: William Lockley

F.O.C.U.S. – The Path to Becoming EXTRA-Ordinary

F.O.C.U.S.- Follow One Course Until Success — A great acronym which captures the essence of the actual word itself.  In the  pursuit of your goals whether it be fitness or anything else in life there will be obstacles.  This was the story told by William Lockley, an Alumni from a previous conference. (He had a stunning transformation in which he lost lost 140+ lbs in 9 months with no gimmicks or surgery.  You can check out his story here. )

For his business he has branded the term ”F.O.C.U.S.” as it was the most resonating thought in his mind which allowed him to overcome obstacles that stood in his way.  Keep in mind William’s transformation wasn’t overnight, but his ability to F.O.C.U.S.  served as the pathway to an EXTRA-ordinary transformation.

In conclusion, I hope that by sharing some of the lessons learned from the FMI conference you will look for ways to apply these principles in your own lives’.   Take advantage of the positive association around you here in the Adonis Lifestyle community.

Similarly to becoming a triple threat fitness entrepreneur, I’d encourage you to discover you’re strengths and then look for ways to improve upon them to have a greater positive impact on those around you.  Last but not least, within moral and ethical reason be willing to do whatever it takes to achieve your goals and dreams despite the obstacles that may come in your way.

The “Photo-Shoot Ready” Recipe: Four Key Ingredients Needed to Prepare for your Next Photoshoot
March 8, 2013